Freedom of the Town Service and Reception for Mr Keith Blackburn

Seaford Town Council was pleased to announce at a Council meeting in February that Mr Keith Blackburn had been awarded Freedom of the Town.
By invitation of the Mayor, Cllr Nazish Adil, a Service was held on Saturday 23rd November at St Leonard’s Church to honour and present to Mr Blackburn, a Freedom of the Town Medal and Scroll. The Ceremony was a celebration of his dedication and service to the town. The Service was led by the Mayor’s Chaplain, Rev’d Arwen Folkes and Rev’d Paul Owen.
Invited guests who attended, included the Deputy Lieutenant of East Sussex, Mrs Juliet Smith JP; The High Sheriff of East Sussex, Mrs Violet Hancock and her husband Mr Tim Hancock; the Sergeant at Mace, Mr Peter White; Honorary Freeman of the Town ,Mr Laurie Holland ; Young Mayor James Jenkins; Deputy Young Mayor Chanel Pritchard; The Town Clerk, James Corrigan, past Mayor’s, councillors, colleagues and friends and family.
A buffet reception was held following the Service at The View at Seaford Head, where the ‘Pop Up’s’ provided entertainment.
The Town Council awards the honour of Freedom of the Town to a person in recognition of the efforts of members of the community who demonstrate outstanding commitment to the well-being of Seaford. The Town Council only does this in special circumstances, that meet the criteria within its adopted policy, by awarding to an individual the title of Honorary Freeman/Freewoman of Seaford. This honour is awarded only on rare and exceptional occasion.

Keith joins this esteemed group of people who include; current Freeman of the Town, Mr. Laurie Holland, the late Don Mabey MBE, who were both awarded in 2012; the 210 (Sussex) Field Squadron RE (TA) awarded in 1959; The Duke of Richmond and the Rt Hon William Pitt (The Younger) in 1789.

Keith has dedicated hundreds of hours of voluntary time to helping make Seaford a greener and more pleasant town to live in. He is Chairman of the Tree Wardens, which has included ‘hands on’ tree planting of more than 1400 trees, interreacting with businesses and community groups, individuals and Seaford Town Council, fundraising and organising and participating in public meetings.
He was a key catalyst in developing, commissioning and handing over control of the much loved Shoal Bench near Splash Point. Keith has also been the Chairman of the Neighbourhood Plan Steering group, which aims to protect greenfield sites and decide where new housing can be built – this has ensured that brownfield sites have been identified. It will also ensure that Seaford receives 10% more Community Interest Levy (CIL) funding which is worth tens of thousands of pounds to the Town.
He is also Chair of the Natural History Society, and a Board Member of Impact Seaford.
Keith is quoted as saying – "It is a great honour to be a Freeman of Seaford, especially as it is a recognition of the value of volunteers working closely on projects with the Town Council. A lot can be achieved by partnership working" keithblackburn@live.co.uk would welcome being contacted by volunteers with secretarial, IT, project management, financial or practical skills to help with project to made Seaford an even better place to live, work and relax.
Photo’s Courtesy of, and thanks to Chris Conil 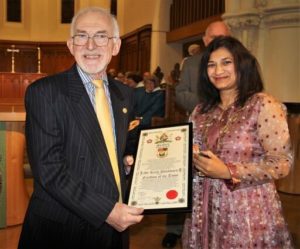 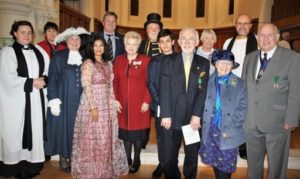 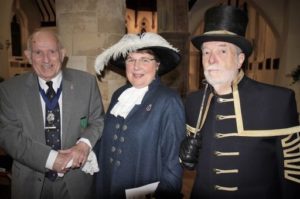 Photo 1 - Mr Keith Blackburn being presented with the Freedom of the Town Scroll by the Mayor of Seaford, Cllr Nazish Adil

‘A Greener Seaford’ Climate & Eco Fair for the whole family

Many want to better understand how you can make a difference to tackle climate change at a local level, in your own homes – this fair will answer any questions!

The Mayor of Seaford opens Seaford’s Gateway linking the seafront and town centre.

Town Council issues update following the national Government announcing the start of stage 4 of the roadmap for the exit from lockdown.

We're hiring! A Project Support Officer is being sought...

The Town Council is seeking a Project Support Officer (Projects) to assist with its delivery of projects and management of its land and assets portfolio.