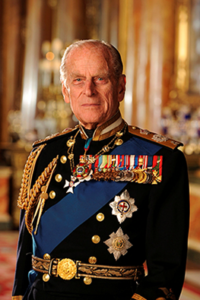 It is with immense sadness that Seaford Town Council learnt of Buckingham Palace’s announcement of the death of His Royal Highness The Duke of Edinburgh.

H.R.H The Duke of Edinburgh has been a constant support and companion to HM The Queen since their marriage in 1947.

How the Seaford Town Council will be marking the period of National Mourning, which is in effect from 9th to 17th April 2021 inclusive:

Floral tributes: The Town Council understand that people may wish to lay flowers and other mementos to honour The Duke of Edinburgh as an expression of their condolences. Due to current restrictions however, the Royal Family has suggested an alternative of making a financial donation to a charity of your choice or one of the Duke of Edinburgh’s patronages. Find more information here: https://www.royal.uk/dukes-charities-and-patronages

Union Flag: The Union Flag has been lowered to half mast at the Sutton Road War Memorial and Seaford Head Golf Course sites and will remaining so until Sunday 18th April, when the period of National Mourning ends.

Book of Condolence: Due to current restrictions there will not be a book of condolence at the Town Council offices. The Royal Family has made available on online Book of Condolence, which can be access here: https://www.royal.uk/condolence

Funeral: The Royal Family has announced the details of the funeral of H.R.H The Duke of Edinburgh, which is due to take place in the afternoon of Saturday 17th April 2021. Full details can be found here: https://www.royal.uk/funeral-duke-edinburgh-0

Due to current restrictions, it will not be possible to hold a local service and therefore members of the public are encouraged to watch the proceedings live on tv and pay their respects accordingly. The Royal Family has been very clear in stating their wish that COVID restrictions can be adhered to at all times while still showing your respects.

Minutes Silence: The Town Council will be pausing for the one minute’s silence on Saturday 17th April 2021 at 15.00.

National Mourning: At every stage during the period of National Mourning, from 9th to 17th April inclusive, the Town Council will ensure to act appropriately and respectfully.

With this in mind, the Town Council has taken the decision to reschedule the meeting of its Planning & Highways Committee due to take place on 15th April 2021. This meeting will now be taking place on Thursday 22nd April 2021.

Seaford Head Golf Course and The View will be observing the minutes silence and will be asking that customers/golfers do so too.

The Annual Town Meeting (Seaford Town Forum) will continue as planned on Tuesday 20th April 2021, after the period of National Mourning.

The Town Council will issue further statements, if necessary, advising of any further action.

‘A Greener Seaford’ Climate & Eco Fair for the whole family

Many want to better understand how you can make a difference to tackle climate change at a local level, in your own homes – this fair will answer any questions!

The Mayor of Seaford opens Seaford’s Gateway linking the seafront and town centre.

Town Council issues update following the national Government announcing the start of stage 4 of the roadmap for the exit from lockdown.

We're hiring! A Project Support Officer is being sought...

The Town Council is seeking a Project Support Officer (Projects) to assist with its delivery of projects and management of its land and assets portfolio.