Festivities continue in Seaford as the Mayor hosts the 2021 Christmas Carol Service, joined virtually by two superb school choirs who were the Christmas stars of the show

SEAFORD, 8TH DECEMBER 2021 - The Mayor of Seaford, Cllr Rodney Reed hosted a Christmas Carol Service at Seaford Baptist Church on Wednesday 8th December. Many distinguished local dignitaries, representatives from local charities and members of the public were able to attend and support the Mayor.

The service was led by the Mayor’s Chaplain and Minister of Seaford Baptist Church, the Revd. Andy Machin.

Cllr Reed thanked the congregation who were present in the Church for attending and greeted those who joined the livestream from home. In his Address Cllr Reed continued with his theme from the Civic Service; the importance of Faith and Community in these changing and challenging times. “I am grateful to the many people whose adaptability made the Carol Service possible. The four Primary Schools who tried valiantly to send their choirs to perform including the two schools who sent their choir videos which were greatly appreciated in the Church and on the livestream. I express my gratitude to the Mayor’s Chaplain the Minister of Seaford Baptist Church, Rev. Andy Machin for leading the Service and for his Message, to all those who took part in the Service and last but not least my thanks to the church volunteers for their organising and hard work.”

With thanks to the generosity of the congregation, a retiring collection of £171 was collected for Waves, a local family support charity.

The event was livestreamed from the Baptist Church and is available on the Seaford Town Council’s YouTube channel (the service starts at 3mins 47 secs). 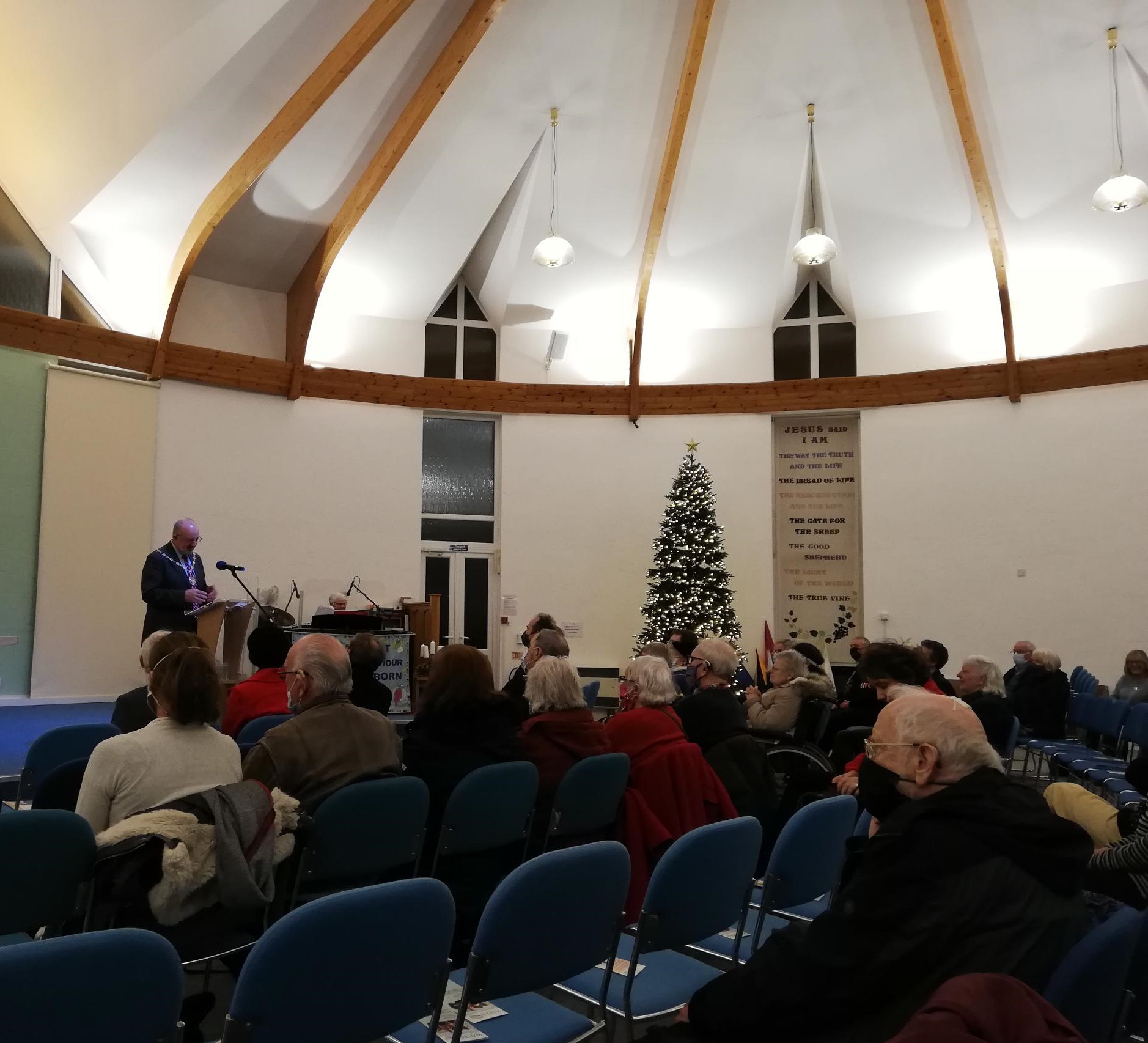 Do you know of anyone who has gone above and beyond for the community of Seaford?

Project works are underway looking in to a historic fort on Seaford Head before it is lost to coastal / cliff erosion.

The Town Council rallies together to see works underway at The Salts Tennis Courts!

Seaford Town Council is pleased to announce that works on the much-anticipated new Tennis Courts within The Salts Recreation Ground are now underway.

Festivities continue in Seaford as the Mayor hosts the 2021 Christmas Carol Service, joined virtually by two superb school choirs who were the Christmas stars.