This memorial stands on the west side of the Cuckmere valley and was erected in 2006. It commemorates Canadian soldiers who were camped here during the Second World War. The memorial was erected on the basis of the testimony of a local war veteran who laid poppies here every Remembrance Sunday until his death in 2004. 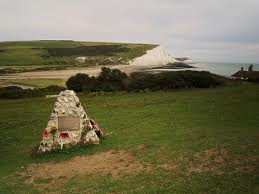 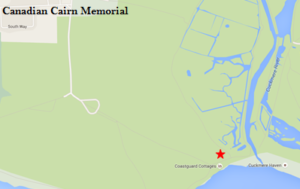