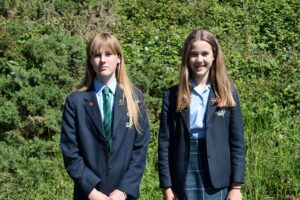 We are pleased to announce Erin Franklin as the new Seaford Young Mayor for 2022-2023, she will be aiming to work closely with Seaford Environment Alliance and the eco team at Seaford Head School. 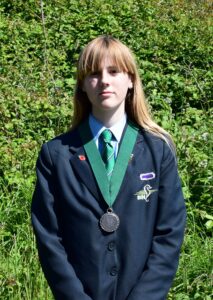 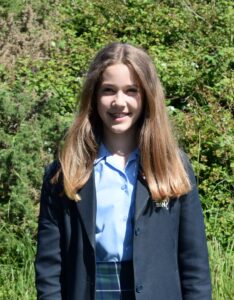 Updates will be posted on the Young Mayor’s Facebook Page

If you wish to book the Young Mayor for an official engagement, please contact mayors.secretary@seafordtowncouncil.gov.uk

The Town Council has a downloadable Young Mayor’s Handbook to help explain what the role of Young Mayor entails.

The Young Mayor is a position held for one Municipal year (May to May) with the aim of representing the views of young people in Seaford, to Seaford Town Council.

The Young Mayor is supported by a Deputy Young Mayor, who is elected annually prior to the Annual Meeting of the Council in May, during which the previous Deputy is sworn in as Young Mayor for the forthcoming year.

Seaford has its own Youth Task Group and Youth Forum which is based at the Youth Centre on Mercread Road. Both hold meetings throughout the year. The Council has a Councillor that attends the meetings as a representative but the Young Mayor ought to also attend these meetings where possible to enable them to truly represent the youth of Seaford.

There are also Management Committee meetings for The Base youth facility situated on the Salts Recreation Ground which it would be beneficial for the Young Mayor to attend.

The Deputy is also encouraged to attend these meetings to support the Young Mayor and prepare themselves for the following year when they take on the role of Young Mayor.

In 2009 Seaford became the first town in the South East of the country to elect a Young Mayor. The scheme was set up by the Council in partnership with Seaford Head School, with past Mayor of Seaford, Councillor Carolyn Lambert, working closely with the school and youth of the town to get the scheme up and running.