Due to Seaford being used extensively as a training and embarkation base for Commonwealth troops during the First World War, there are over 270 War Graves here. The majority commemorate Canadians, and a number of West Indian soldiers.

HISTORY INFORMATION
This is on the Alfriston road, was opened in 1897, and belonged to the Urban District Council.  It contains 253 burials of the 1914-1918 War, almost all are in four of the plots on the North side, and a War Cross is erected on that side, close to the Chapel. The 36th (Ulster) Division was at Seaford in July and August, 1915; the B.W.I.R. was encamped here; the 10th Canadian Stationary Hospital was at Seaford in November, 1916-January, 1917, and the place then became one of the main Canadian Training Centres. There are 25 burials of the 1939-1945 war including 6 unidentified Merchant seamen. War graves are being maintained by the CWGC. To learn more about the Commonwealth War Graves Commission, visit http://cwgc.org 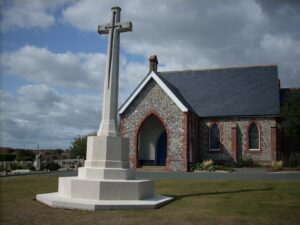 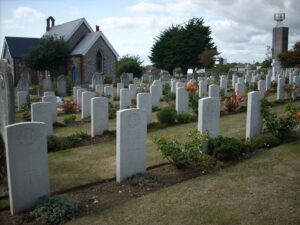 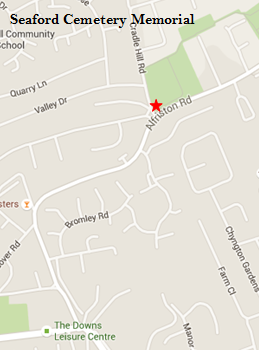